Lapis lazuli or khesbed was one of Ancient Egypt’s most prized stones. Its use dates back to the Predynastic Period, during the 4th millennium. The stone was particularly popular during the Middle and New Kingdoms: it was crafted into inlay for jewelry, carved into beads, amulets, statuettes, crushed into a powder to tint anything from murals to eyelids, and even swallowed for its presumed medicinal properties. Such an extensive use of lapis lazuli would lead to believe that like other popular stones of the time, it was mined within the country. Quite the contrary: Egypt’s lapis lazuli was imported from mines in Badakhshan in the North-Eastern mountains of Afghanistan, over 5000km away. It represented one of the most important – and expensive – imports.

Why was this semi-precious stone so sought-after? Lapis lazuli’s value resides in the symbolism behind it. The stone is made up of three minerals: lazurite, the dark blue color; calcite, the milky streaks; and pyrite, the golden flecks. To Egyptians, it represented the life-giving waters of the Nile, and the star-speckled sky. Which in turn linked it to the divine, fertility and the afterlife, or rebirth.

Many murals, frescoes, sculptures therefore required the bright blue hue, to paint the sky, the Nile, the Gods’ hair etc. And Ancient Egyptians needed to find a more practical and cost-effective way to do so: they managed to artificially reproduce lapis lazuli’s tint by heating a mix of limestone, copper, and sand. By doing so, they created the first known synthetic pigment: Egyptian Blue, or calcium copper silicate.

Scientists have found that this pigment emits infrared light when exposed to visible light, which allowed archeologists to detect Egyptian Blue, even when the color was no longer visible to the naked eye. In more recent years, findings concerning calcium copper silicate led to a breakthrough in nanotechnology, with application in the fields of telecommunications and medical science, amongst others. A Berkeley Lab study also found that Egyptian Blue can boost energy efficiency by cooling buildings, and even participate in the production of solar energy thanks to its fluoresced near-infrared energy. 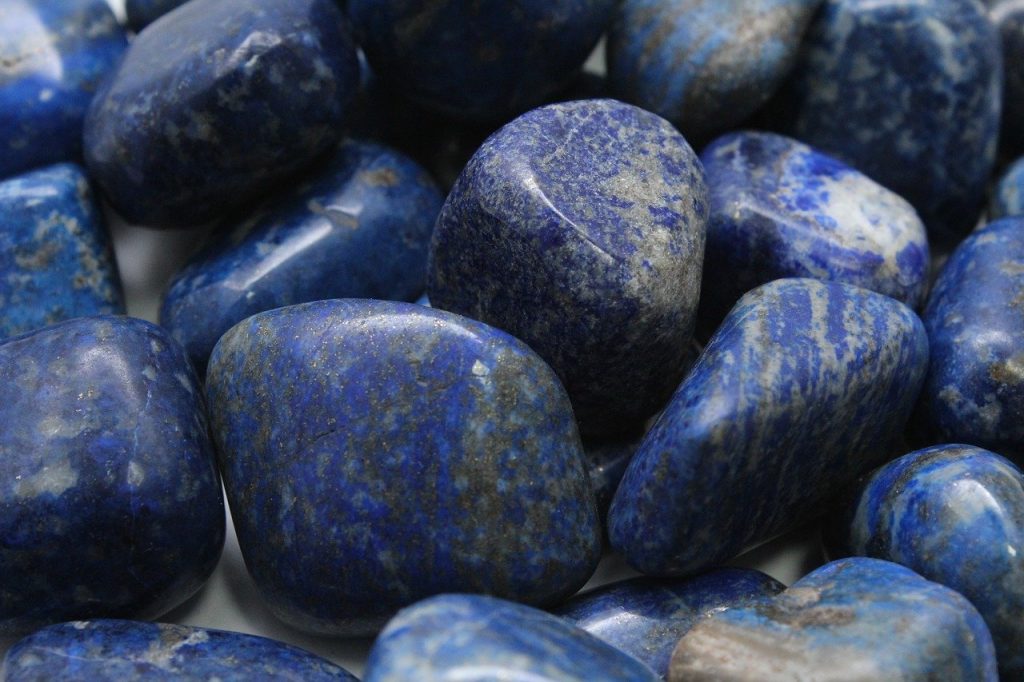