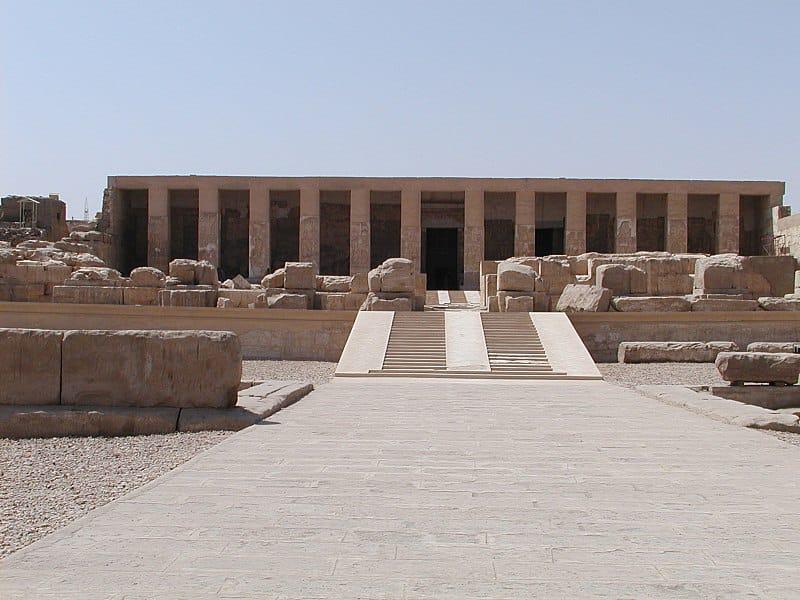 The French archeologist E. Amélineau was the first to excavate the Abydos (city of the dog god Khentyimentyou) site in Upper Egypt at the end of the 19th century. He uncovered a series of tombs whose steles were marked with the names of Egypt’s first rulers, pharaohs the First Dynasty pharaohs. The last Thinite kings’s – Perisben and Khasekhem’s – tombs were discovered subsequently.

The Second Dynasty’s first kings, Hotepsekhemouy, Rêneb and Nyneter were buried in Sakkara. They are surrounded by their courtier’s tombs, which also had steles but were far smaller and built more crudely. At the time, the royal and private tombs were shaped the same; they were mastabas, trapeze shaped above-ground constructions under which the dead were laid to rest. None of the tombs’ superstructure was preserved.

From the outside, the royal tombs resembled a fortress, or a palace with a surrounding wall. These tombs were built at the bottom of a rectangular or square hole, whose surface sometimes exceeded 100sqm. The space is divided into several rooms by brick, wood or reed walls. The floor and ceiling are wooden, sometimes made from Lebanese cedar. The use of stone established itself overtime, first for thresholds and lintels, then for larger surfaces. The first time stone was truly used as a building material was for Pharoah Den’s tomb’s floor, made of granite. Later, limestone was used to build the walls of Khekhmen’s, the last Thinite ruler’s, tomb.

The dead were surrounded by food and refined furnishings, recalling the first kings and their courts’ luxurious lifestyle: tableware with the pharaohs’ names on it, precious alabaster, crystal or diorite containers, sometimes enhanced with gold. Hundreds of these were left in the tombs, along with other items such as an ivory mounting shaped like a bull’s hoof, small boxes, toiletry items, chessboards and their lion shaped pieces. The copper vases, tools and weapons demonstrate a mastery of metalwork.

Many of these objects were acquired by the Louvre after Amélineau’s excavations. The Thinite Period is “one of the collection’s strong points, because of the number of works displayed and their exceptional quality”. 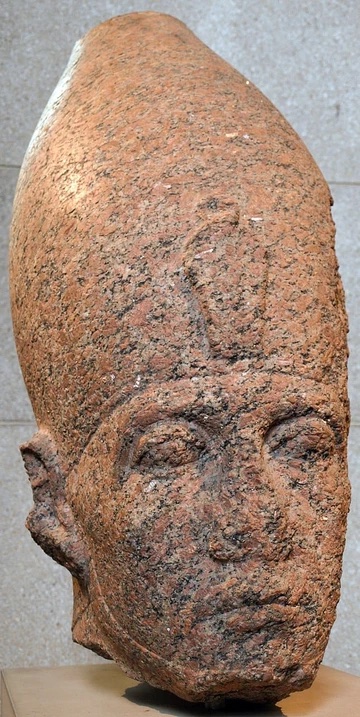